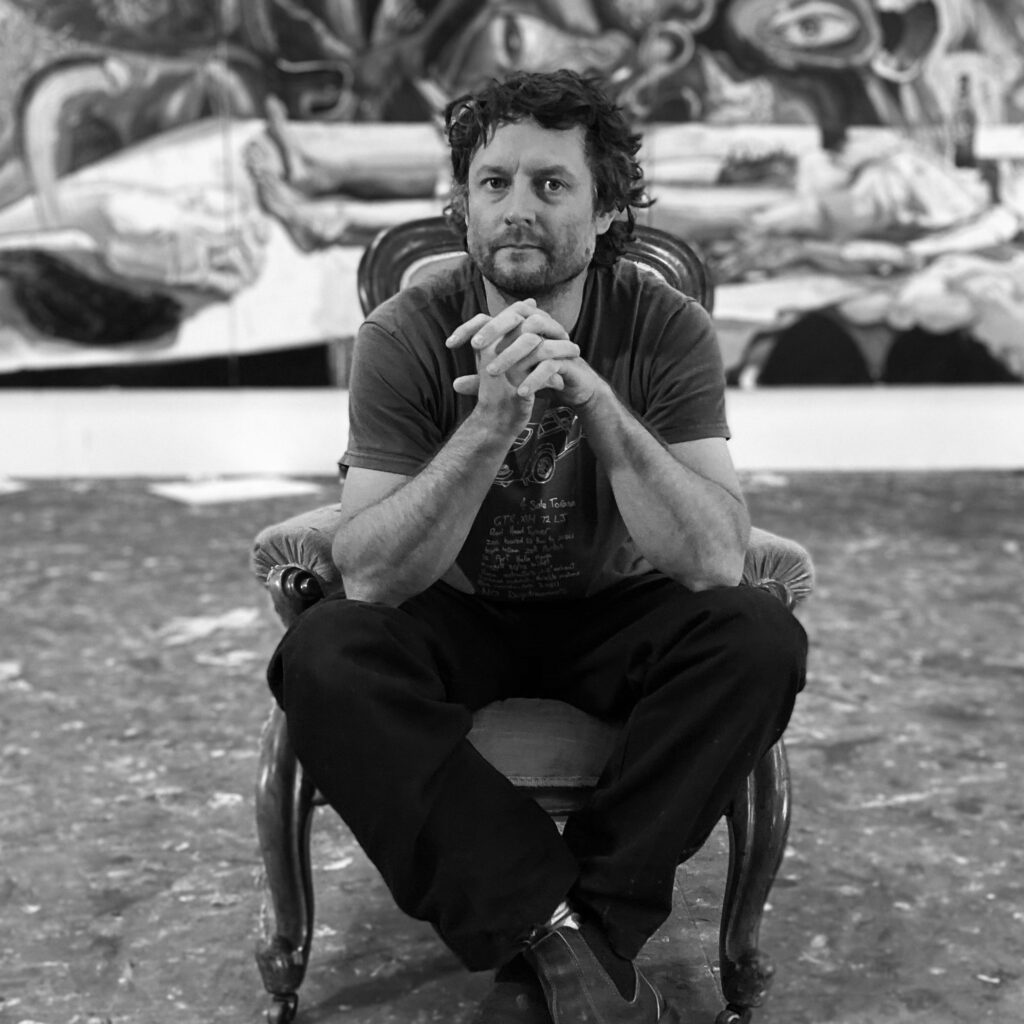 Ben Quilty’s painting is not polite. Smeared, smudged, caked and slapped onto the picture plane with bold virtuosity, his rich impasto works challenge assumptions. Using bold and unsettling subjects, Quilty explores the problematic relationship between the personal and the cultural.

Iconic imagery, animated by a textural third dimension, also becomes a vehicle for painterly meditations on the potency of painting. Emphatically expressive, they deny rumours that the medium is outmoded. Rather, their powerful and irresistible effect continues painting’s noble tradition as an antidote to complacency.

Sydney-based Quilty became a regular exhibitor after completing Bachelor degrees in both Visual Arts and Design at Sydney University. His work continues to draw critical acclaim with regular and highly successful solo exhibitions both in Australia and internationally.

In 2019 the Art Gallery of South Australia presented the first major survey exhibition of Quilty’s work. Curated by Lisa Slade, the exhibition toured to the Art Gallery of NSW and QAGOMA. Quilty has been a finalist in the prestigious Wynne and Archibald prizes and won the Doug Moran National Portrait Prize in 2009 and the Archibald Prize in 2011 with his portrait of artist, Margaret Olley. Also in 2011, Quilty travelled to Afghanistan as an official war artist with The Australian War Memorial. He was invited by World Vision Australia to travel to Greece, Serbia and Lebanon with author, Richard Flanagan, to witness firsthand the international refugee crisis in 2016. His work is represented in numerous major public, corporate and private collections including the National Gallery of Australia, Art Gallery of New South Wales, Art Gallery of South Australia, National Gallery of Victoria and QAGOMA.